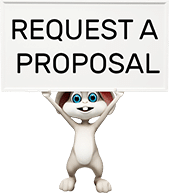 Why don’t you drop us a line?

Please fill out the form below and we will be in touch soon! Why don’t you drop us a line?

Please fill out the form below and we will be in touch soon!

We CAN Help You Achieve ALL Your Inbound Marketing Goals Mobile devices are now the most popular way people use the internet.

That’s not exactly new news in 2017. Mobile usage surpassed desktop for the first time in October of 2016, and it hasn’t shown any signs of slowing down. Over 50% of time on all digital devices is now spent on mobile, compared to only 42% of time on desktop. About 60% of all U.S. searches occur on mobile devices.

Those numbers represent huge portions of your target markets.…

Everything You Need to Know about Mobilegeddon Mobilegeddon – it’s a word that was thrown around for weeks before Google’s April mobile algorithm change rolled out.

The search engine giant warned that its impact would be greater than Penguin or Panda. SEO communities buzzed about its potential effect on nearly half of Fortune 500 companies and 29 percent of the top 500 retail sites, which were not yet mobile friendly according to marketing firm Merkle/RKG.

However, now that we’re on the other side of the change, the effect on rankings appears to be minimal:

“It appears something did change around April 22nd, but the impact isn’t what any of us probably expected… No major sites are reporting hits yet.”… Reviews From Around The Web At White Rabbit, we bring your company values and mission to life with innovative and groundbreaking strategies. We understand that no single solution will usher your brand to the front of the competition, but rather, that you have to use a combination of the latest strategies, practices, and techniques. White Rabbit Marketing equips businesses with effective and creative SEO / inbound marketing strategies, designing campaigns that combine search engine optimization, web design, content creation, social media, and branding optimization. Our team of designers, developers, and optimizers employ the latest design and marketing techniques to reach your target audience and improve your brand perception. By building exceptionally appealing and functional websites with quality content, we help you to portray your brand in a glowing and authoritative light. We position your site in the channels your target customers frequent, raising your brand’s search engine rankings and attracting more people to you on social media platforms. The more people who know, like, and respect your brand, the greater your chances of increasing conversions – and your bottom line.
728 NE 5th Ave 33304 Fort Lauderdale, Fl
Phone: 954-368-0870